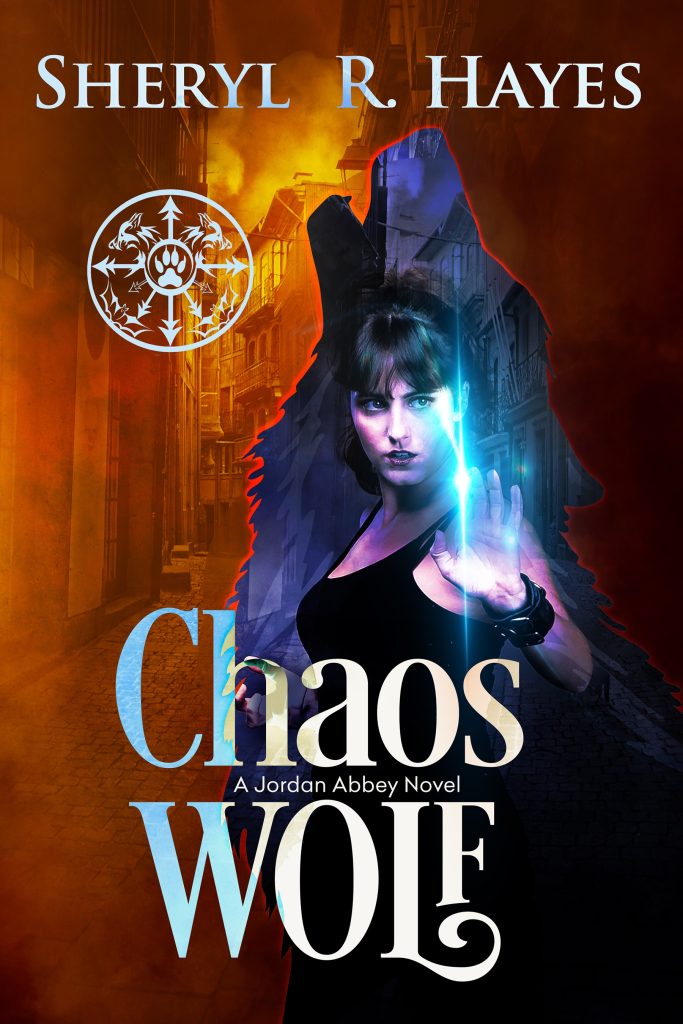 Bitten by a werewolf. Taught by a vampire. At this rate, she’s going to start a war.

Literature major Jordan Abbey ordered a double mocha latte, but it wasn't supposed to come with a side order bite by a love-sick werewolf. When a vampire comes to her rescue, gut instinct tells her he has questionable motives. But he’s the only one she can trust to help get in touch with her inner animal.

Within a week, her smart mouth lands her in trouble with the hostile alpha of the local pack and the stiff-necked vampire elder. She now has less than a moon cycle to master shape changing... or else. And the besotted werewolf who started this whole mess is stalking Jordan and killing her friends. He won't take no for an answer.

In the Northern California town of Rancho Robles where the children of the Wolf and the Bat share an uneasy coexistence, one woman makes an epic mess of the status quo.

One red-and-silver can in hand, Montgomery stepped out of the kitchenette. “When I last saw you, you were hightailing it out of here, never to return.” He gave her the soda and took a seat in the chair sitting at a right angle to the couch. “What happened?”

Jordan stared down at the soda and rubbed her thumb over the frosty top. “After I left, I went home. I didn’t tell anyone about you.” She gestured in Montgomery’s direction. “I went out to try to forget what happened. When I came back, I found out my roommate’s boyfriend had been mauled to death.”

Montgomery stiffened. “Did you see the werewolf?”

“No,” Jordan said. “I didn’t even think he was real until…” She paused and shivered, sloshing the soda in the can. “All I could think about was finding you.”

Montgomery’s lips moved to form a curse. “Did you come directly here?” He stood up and crossed the small space separating the chair and the couch. “Focus. It’s important. Do you think you were followed?”

“No. The police took me and Molly to the station. We’re not allowed to go back to our apartment until sometime tomorrow after the super gets someone in to…” Jordan’s voice broke. She swallowed. “Clean up. I spent two hours getting on and off buses to make sure I wasn’t followed.”

Montgomery sat down on the couch. “Good thinking. If the werewolf was following you by scent, that should have thrown him off your trail. If he was tracking you by sight, you would have spotted him. Or he would have broken in here by now. You’ve been lucky.”

“Lucky?” Jordan’s shoulders tightened and her fist clenched, denting the can inward. “I’m being stalked by something out of a horror film and you think I’m lucky?”

“Yes,” Montgomery countered. “If you had been there instead of your friend, the werewolf would have finished what he started.”

“Finished what he started?” Jordan put the soda on the table unopened. “You make it sound like he let me live.”

“He did,” Montgomery stated, as if it were the most obvious thing in the world.

She stared at him with an open mouth. All the movies and books she had seen taught that a werewolf would rip out her throat as soon as look at her. The female victim never survived the attack. “But why?”

“You haven’t figured it out yet?” Montgomery appeared nonplussed by her reaction. “He wasn’t trying to make a meal out of you, Jordan. He was claiming you as his mate.”