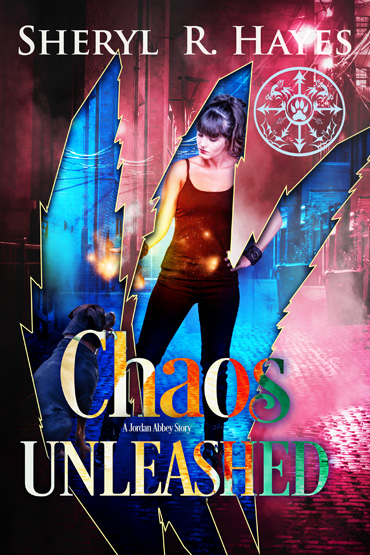 This is an exclusive novelette for joining Sheryl R, Hayes's email list!

How far would a werewolf go to help a friend?

Werewolves and dogs don’t usually get along, but Jordan Abbey has formed a bond with her elderly neighbor’s Rottweiler. So when Rex goes missing during a dog-walking mishap, she’s determined to return him home. With her abilities, finding him should be easy. Except there is one problem. The vampire lord of the city has declared she’s not allowed to shape-shift within the city limits of Rancho Robles.

Better to ask forgiveness than permission, or so Jordan thinks. But there is another issue she has to face - Animal Control. Rumors are getting around about wolf-like dogs wandering the city, and they respond quickly to panicky stray dog calls. Jordan knows how to be discreet, or so she believes.

Will Jordan be able to find her friend without sacrificing her freedom?