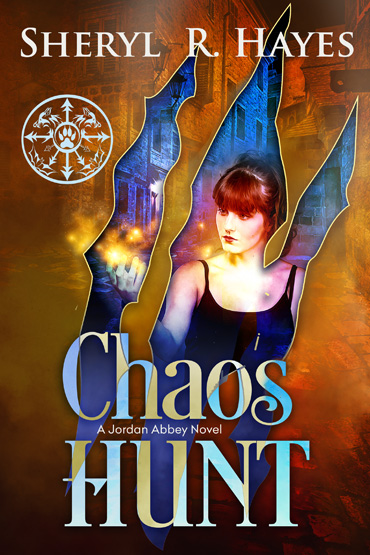 Werewolves are apex predators. So why does she feel like prey?

Territory, honor, the trust of her peers - Jordan Abbey has earned none of these from the supernatural residents of Rancho Robles. The werewolves shun Jordan as a creature without honor for siding with the vampires. The vampires dismiss Jordan as an unruly pet who needs to be kept on a much shorter leash. Chased out of the wilderness and not allowed to shift within the city, she is without any place for her inner wolf to run free.

Someone is killing the servants of vampires. Soon vampires themselves fall victim. Each attack is linked directly to Jordan, fueling rumors that she is working to undermine the vampires’ grip on the city. The werewolves dog her steps, harassing her whenever and wherever they can.

Then, in the heart of vampire territory, the corpse of a werewolf who bullied Jordan is discovered. The children of the Wolf and the Bat are ready to go to war, and Jordan is caught squarely in the crossfire. Can one woman prevent the annihilation of the only place she calls home?

I can do this, Jordan thought as she crouched beneath the bush.

The werewolf shifted her weight between all four paws. The breeze wafted the rich scent of deer and the green scent of oak past her nose. Her focus should have been on the deer grazing in the meadow. What kept echoing through her mind was the conversation she and Montgomery had earlier.

“Let me get this straight, Montgomery,” Jordan had said, arms crossed over her chest. She shifted her weight mostly to her right leg and tilted her head as she studied the vampire. “You want me to go out to the middle of the woods so I don’t kill anything, but while I’m there, I need to kill.”

“Not quite,” Montgomery said. “It’s a rite of passage, of sorts.” His lips curled into a half-smile, eyes focused on a distant memory. “As a stranger joining a pack, you need to prove you can provide for it. It’s better you have a few kills under your belt before you have to prove you can do it.” His smile grew wider. “And no, buying twenty pounds of kibble at the pet store doesn’t count.”

Jordan snorted. “Why would I want to do that? I’m a chaos wolf. I have no intention of joining the Black Oak Pack.” Them accepting her after that mess three months ago was an impossibility anyway. Between dealing with being bitten by a werewolf and finding out vampires were also real, she hadn’t been at her most polite. Relations hadn’t improved since she’d declared she wanted nothing to do with the pack. She could have handled the situation in a more diplomatic way, but they were the ones who’d threatened to kill her.

He’d deflated some, his focus sharpening on her. “Because someday you may need their help, and I want you to have the skills to fit in.

Fit in. Jordan huffed her annoyance since her wolf throat was incapable of human speech. Like she’d ever fit into the Black Oak Pack.

She eyed the herd of deer grazing in the middle of the clearing. The eldest doe caught and held her attention. Every time the deer placed her right hind hoof on the ground, she let out a small exhale of pain that rang as clear as a dinner bell to Jordan’s ears. This was her prey for the evening. Jordan adjusted her stance, claws digging into the crackling, dry leaves.

All five heads snapped up, turning in her direction. Then they were off in a flash of white tails and black hooves. Jordan darted out of the bushes, focusing on the limping doe. Her chosen prey started close to the center of the herd but dropped behind until she was clear of the other bodies.

Soon the herd had left her behind as Jordan surged closer, snapping at the flashing legs. The doe twisted, aiming a vicious kick at her head. Jordan ducked to the right, hooves clipping fur off her shoulder. She stumbled, allowing her prey to pull a yard ahead of her. Jordan jerked back toward the deer and leaped. Midair, she shifted, switching from the pure wolf form to the werewolf. The claws tipping her paw-hands sank into the doe’s furred shoulders as Jordan landed on her back. The deer bleated as it tumbled. Jordan rode the animal to the ground. She slapped a paw over the nose and twisted the doe’s head to face her. Her jaws closed around the top of the neck. Bones crunched between her jaws. The doe convulsed beneath her and then went still.

Jordan kept her jaws clamped for a minute, despite the deer not moving. Then she let go and stepped back, watching for any rise and fall of the animal’s chest. The doe lay there, head twisted so it stared upwards at an unnatural angle. Pride swelled in Jordan’s chest. She had killed a deer on her own. She’d had no help, no aid, no pack to assist her. It had been one thing to sneak up on a rabbit, but this was the first animal over twenty pounds she had managed to take down on her own. Breathing heavily, she looked over the animal and then tilted her head back. She drew in a deep breath and let out a long victory howl.

Something slammed into her chest. She tumbled head over heels, landing on her back and unable to catch her breath. Snarls echoed in her ears. Teeth sank into her shoulders and flanks. Claws raked across her muzzle. She chomped down on a paw, and something yelped. A clawed foot slammed into her stomach as more bites scored her shoulders. While her attackers drew blood, they didn’t have the same ferocity as Rhys, her self-proclaimed mate she’d rejected. They meant to hurt—but not kill—her.

Then a pair of jaws clamped around her neck, much like hers had the doe’s. Jordan went limp, offering no resistance. Her only movement was the rapid rise and fall of her chest. The scents of several werewolves mingled in the air, scents she couldn’t separate and identify. Footfalls thudded on the ground behind her. The only things filling her vision were the grass the deer had been cropping earlier and wispy edges of white fur out of the corner of her eye. Then a pair of bare feet stepped into her field of view, stopping in front of her. “Let her up,” said a deep male voice.

The wolf holding her growled but did not let go.

“Angela.” The displeasure was clear in his voice. “Let her up.”

For a second, the pressure of Angela’s jaws increased as if she was about to pop off her head in defiance. Then the pressure released, and she was let go. Jordan coughed and rolled onto her belly. She shook her head. A pure white wolf snarled in her ear, ready to strike. Two other gray-coated wolves flanked her, wearing similar expressions, although none were growling. But what was in front of her held most of her attention.

A bare pair of feet had stopped about a yard from her. Her eyes trailed up his well-formed calves and heavily muscled thighs. She tried to dart her gaze around his groin—she did not need to know the details of his anatomy currently on display—but she caught a peek.

His voice snapped her attention to his face. Alpha Shane, leader of the Black Oak Pack, frowned down at her. “Shift, chaos wolf. We need to have a discussion.”